We live in a craft culture. There’s no denying the wave of microbreweries that are fueling our summer afternoons with locally crafted beers, each with its own hop and smattering of herb, root, or fruit flavors. But where do the tougher spirits fit into this new, pop-culture of craft beverages? Whiskey in particular, out of the popular, classy spirits, is not just an alcoholic drink — it is the American libation. It’s a heritage claimed and kept holy by the South. So what can be done, outside the aging cask, to enhance this quintessential southern spirit? Corporate distributor-turned-entrepreneur Chad Geary may have an answer, and its a piece of charred wood. Geary’s smoke flavored whiskey stirrer, catalyst for sophisticated accessory brand Whiskey Wood, makes the whiskey drinking experience new while at the same time emphasizing its origins.

Whiskey Wood began, like all truly inspired ideas do, around a campfire, with a scary story from the corporate world. College graduate Chad Geary had decided to “climb the corporate ladder, whatever that meant,” and just over a year ago, found himself a few rungs from the top. It was only then that he realized the ladder wasn’t meant for him. So he leapt, and started constructing his own. Having narrowly escaped death-by-incorporation, Geary was searching for something — something to do, something to be  when he discovered a new way to be something he’d always been. When I want to get my head right, he says, I get out in the woods and do some camping. Far away from weekly routine and cell phone reception, Chad Geary dipped a piece of burnt wood in some whiskey, and drank in a new lifestyle.

Does your whiskey deserve the same stirrer as your coffee? We don’t think so. 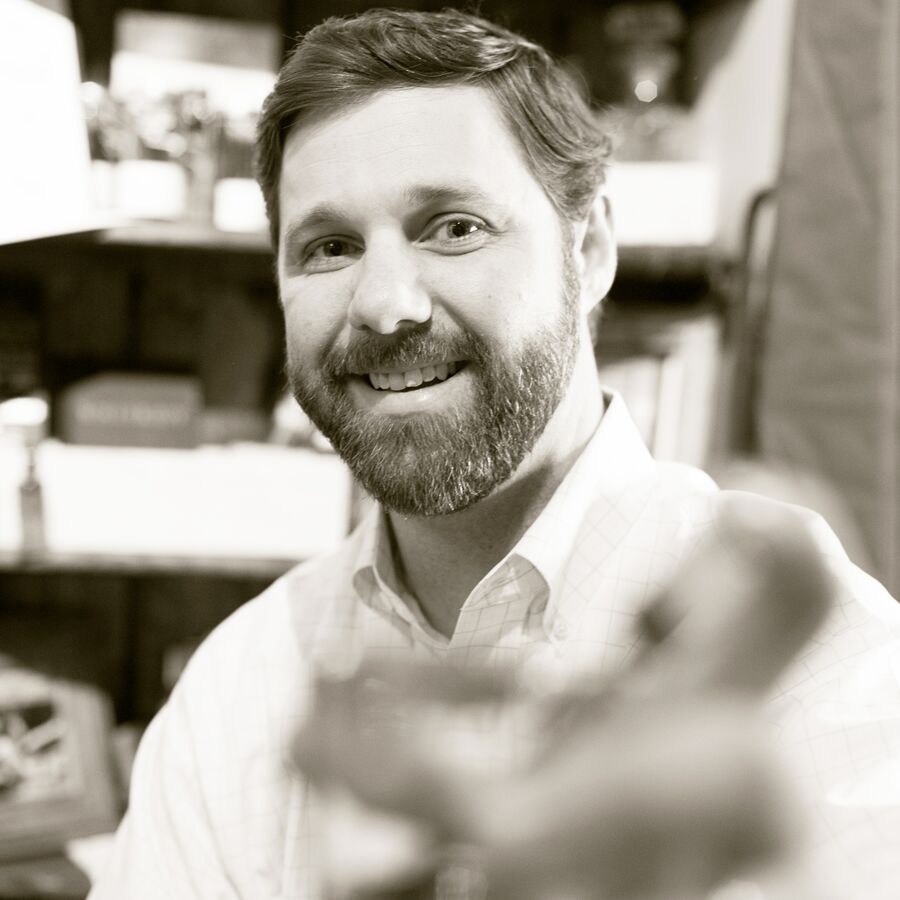 Back at home with his wife’s all-too-convenient laser cutter, Chad began designing what he calls Whiskey’s Companion, and the stylish, charred whiskey stirrer was born. Geary’s innovation can be distilled down to replication. Whiskey is aged in wooden barrels, which are themselves usually charred in order to infuse the alcohol with its signature burn. The glass and the Whiskey Wood stirrer, together, are a simulation: That intermingling of the flavors present during whiskey’s creation is renewed and accentuated for consumption. Enjoying a rocks glass of your favorite whiskey becomes a nostalgic affair. Whiskey Wood allows the charred wood and the alcohol to reconvene in your glass, creating tastes and smells that recall the outdoors and the rudimentary American lifestyle.

Now, several seasonal stirrers can be found on shelves and online, while the website even takes custom orders. Customers can upload business logos or personal images like the American flag or a fly fisherman silhouette. In addition to the stirrers, Chad’s brand is now offering alternative drinking companions. Among these are charred wood chips that can be fully submerged in your glass, beautiful charred coasters (a decidedly tough sell, considering how rarely youll be putting your glass down), leather decanter tags, complete bar kits, and travel kits featuring beautiful copper cups and flasks. Whiskey Wood is now sold in several locally owned businesses across the Carolinas, including The Sporting Gent in Charlotte, with popularity and demand for the brand growing daily.

Despite these brand expansions, the original Whiskey’s Companion continues to embrace its elegant simplicity. While the charred wood stirrer is an extraordinary idea, its creator has no illusions about his product’s exclusivity. It could and may eventually be replicated, but Chad is counting on his brand’s exceptional presentation and honest conception to supersede any imitators. Against all odds, Whiskey Wood sprang from his ingenuity alone, and he hopes the market will reward him for that. Chad knows too many people who choose not to break free of the nine-to-five, those who always reassure themselves, “I could do that if I tried.” After a camping trip and a little self-discovery, Chad Geary has simply decided to be “the guy who tries.”

With this entrepreneurial soul, Whiskey Wood will never lose sight of its beginnings, nor, Chad vows, will it ever be glamorous. “I never want to be the guy sitting behind a model in a suit I can’t afford,” he insists. That, for him, isn’t Whiskey Wood. Rather, its about “going fishing, going back to the campsite, and drinking around the fire — doing what, you know, what is real life.” Whiskey Wood is a testament to a defining juncture in Chads life, a new start.

For that reason, maybe, Whiskey Wood has always been a  brand that reiterates origins. The product is meant to be enjoyed wherever is most comfortable. Chad Geary and his new brand want you to enjoy your drink wherever feels fundamental to you, to your life. Be like the whiskey, and return to your roots. Be rugged, but sophisticated. At the very least, be someone who tries — and in doing, be American.