The founders of Hex Coffee share an encyclopedic knowledge of brewing sciences and a fervid dedication to hospitality. At Hex, Tanner Morita, John Michael Cord, and Chandler Wrenn create skillfully crafted espresso that maintains familiarity while it redefines Charlotte’s expectations for what a coffee shop can offer.

Hex began as a pop-up cafe in the spring of 2015. It appeared in various craft beer shops like Rhino Market, Craft, and Good Bottle Co., building on the connection between Charlotte’s growing appreciation for craft beer and the complex, versatile world of coffee. Hex hoped these collaborative efforts would highlight the value of ethically sourced, well-crafted coffee. 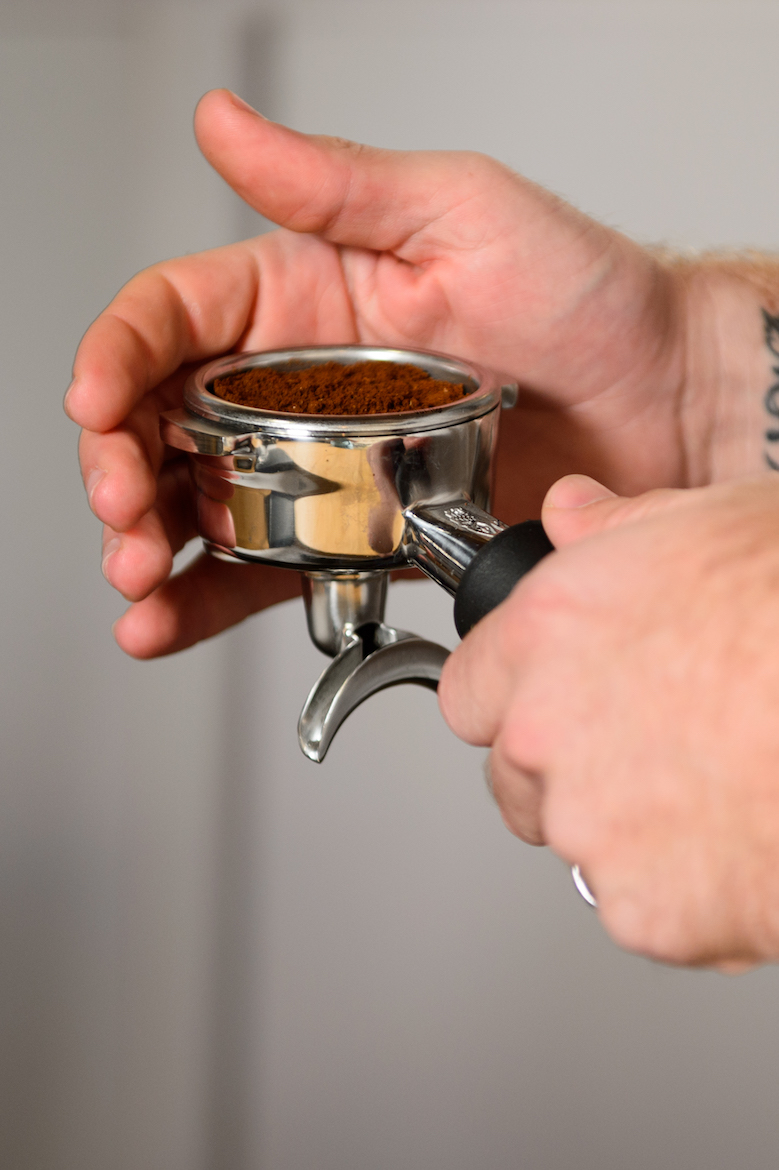 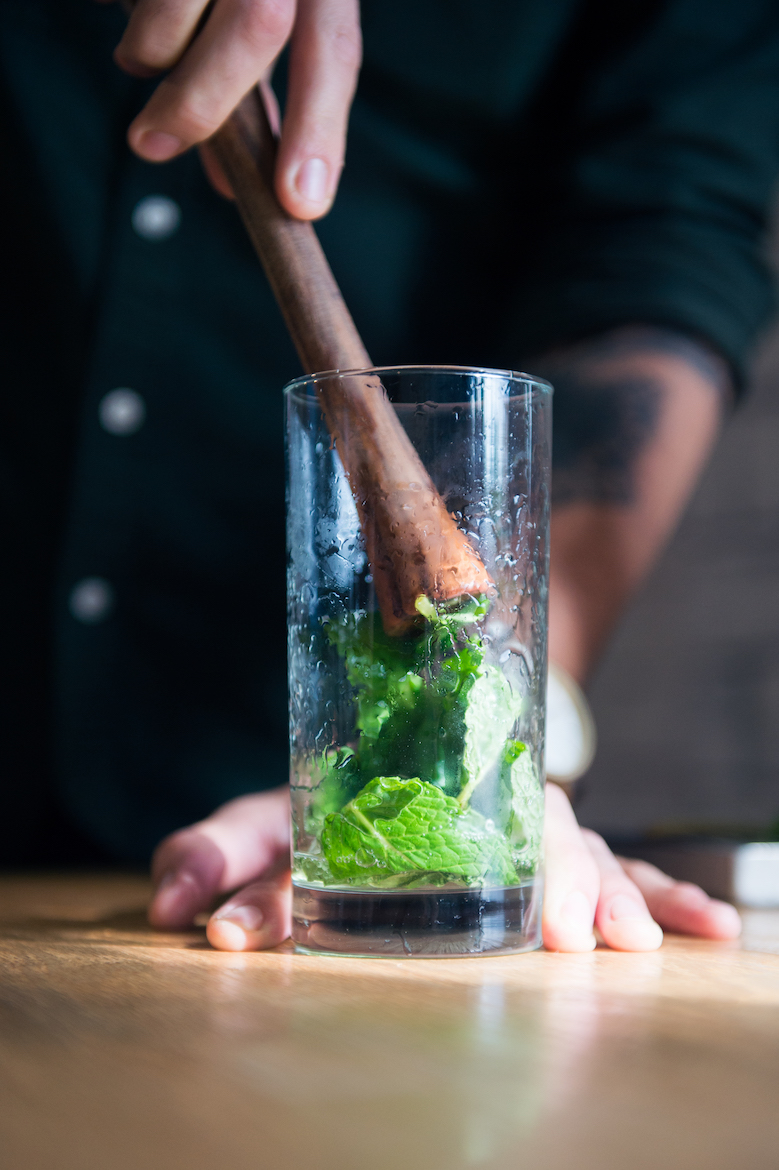 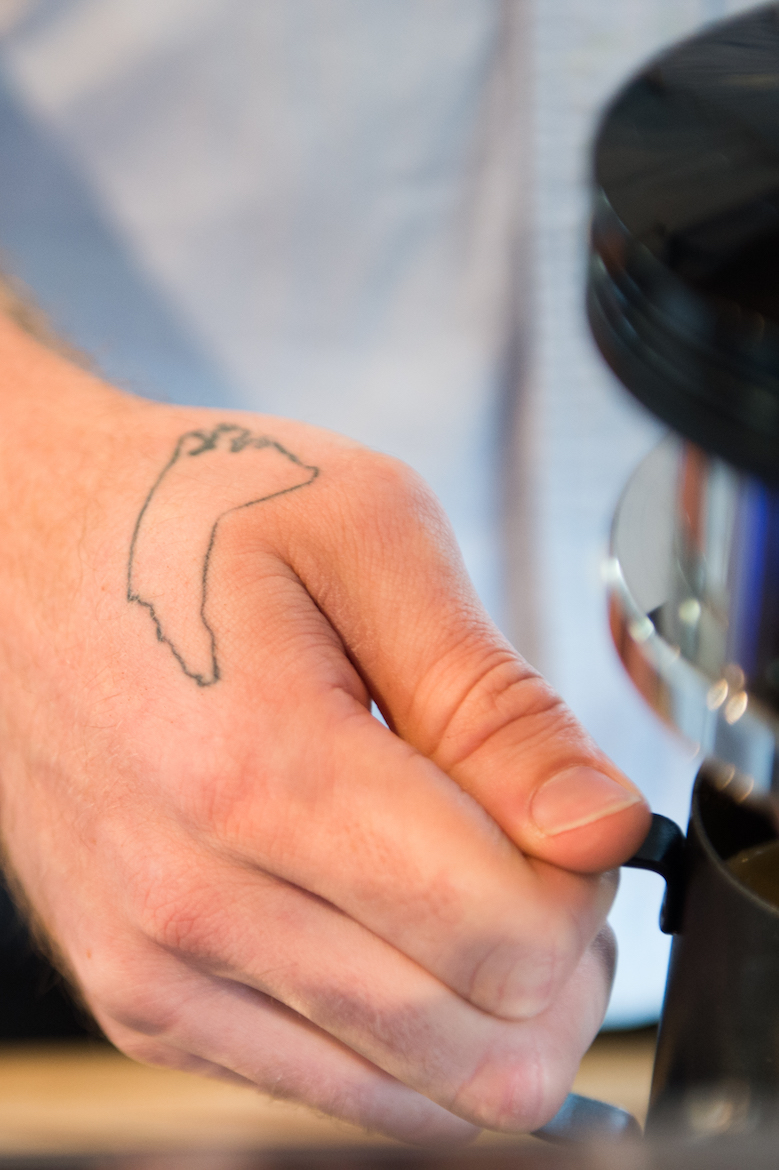 Coffee scratches a scientific theory itch that I’ve had for a long time.

“We were intentional about meeting Charlotte where they were with their palates, and beer’s been a huge thing in the last five years in Charlotte,” Chandler says. “People already have this idea that beer is this bigger thing, and we wanted people to think of coffee in the same way.”

Chris Hunt of Good Bottle Co. offered Hex a permanent location within his shop. Occupying a space within a space presented unique challenges that inspired the Hex boys to adjust their focus and suit the location to their benefit. They moved away from batched-brewed coffees and popular pour-over styles found around Charlotte. Hex’s minimal counter space features a spice grinder and an espresso machine. By foregoing the traditional espresso grinder, they challenged themselves to get weirder with coffee. Most notably, Hex pulls an 8 oz. espresso, or a “coffee shot.”

“The coffee shot is kind of espresso, kind of not,” Tanner explains. “It doesn’t drink like a traditional espresso, although it’s coming through an espresso machine.”

“It has the body of a French press or an aeropress, but it has the complexity of an espresso shot,” John Michael adds.

They love to experiment, and Tanner in particular gleefully admits to geeking out over coffee chemistry. “Coffee scratches a scientific theory itch that I’ve had for a long time,” he says. Like scientific methodology, roasting and brewing coffee requires time, chemistry, and precision. Each step of the process plays an important role. 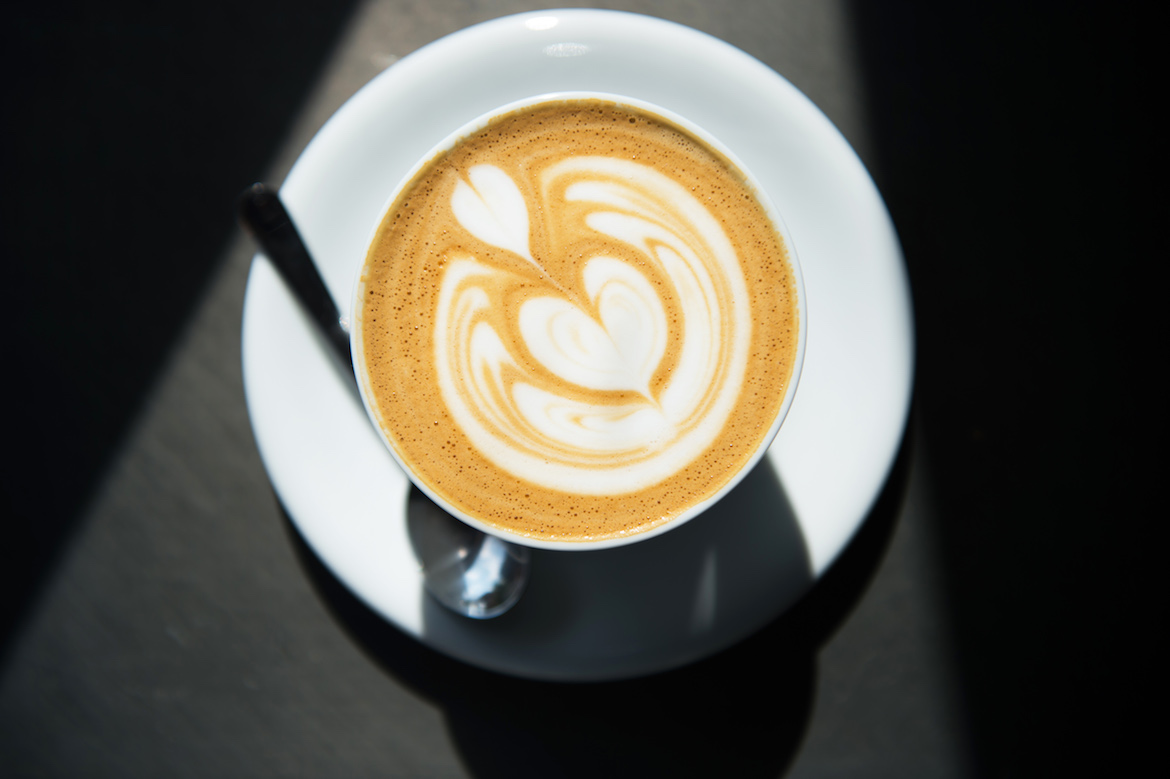 “Because we’re doing something a little bit different, [we’re] making sure people aren’t expecting one thing and getting another,” John Michael says. Charlotte’s nascent coffee industry has seen great success introducing coffee drinkers to new styles of the classic — some might argue essential — beverage. But coffee, true to its scientific roots, is a dynamic and ever-changing field, and Hex set out to offer Charlotte a superior shot of coffee that is both intriguing and approachable.

“Not many people drink espresso unless they’re trained to drink espresso,” Tanner says. “Or unless they’re tricked by dressing it up in a vanilla latte.” Hex builds off this concept by reintroducing people to espresso in a modern, European style. While many espressos in the United States often taste bitter, punchy, and acidic — a consequence of over roasting beans — Hex found it could avoid this deleterious effect by sourcing coffee from a roaster with a particular style and experimenting with the brew ratio.

Providing an excellent espresso is only the beginning of the conversation for Hex Coffee, though: “I can be an expert in coffee, but that’s really not what we’re about,” Tanner says. “We should be experts in hospitality first.” For Hex, the most important knowledge is a familiarity with the people who walk in the door — understanding their tastes and needs. 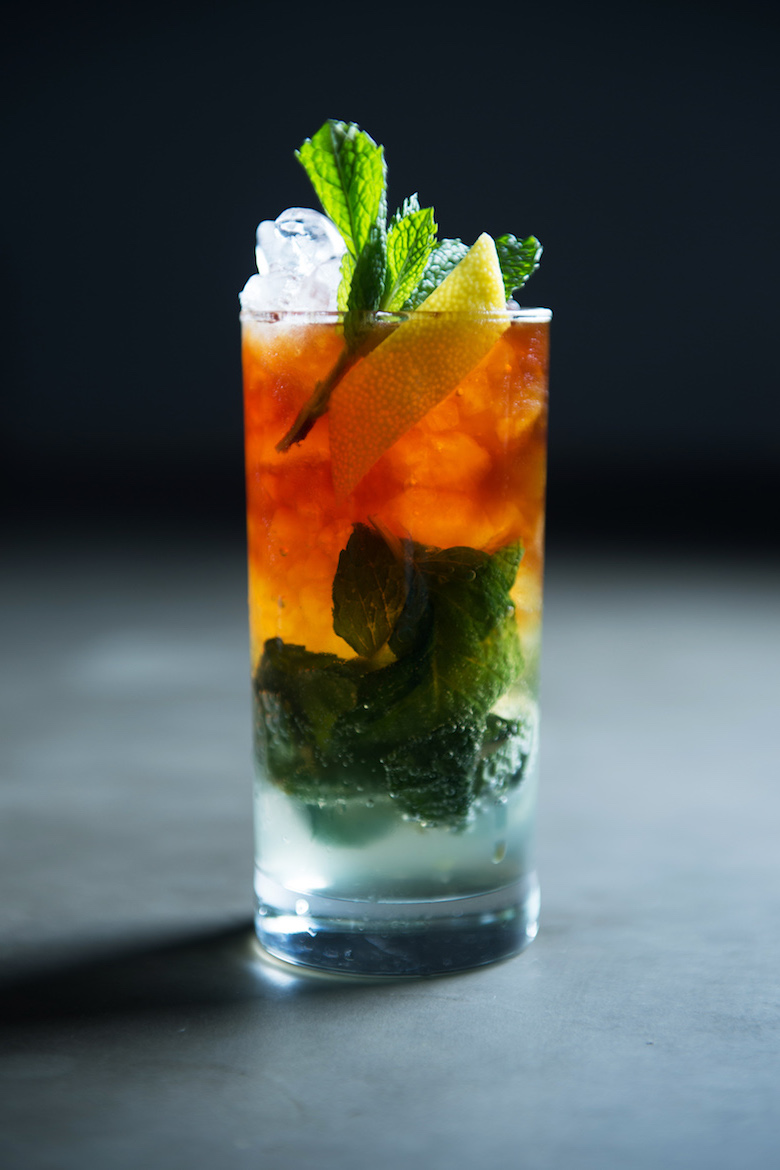 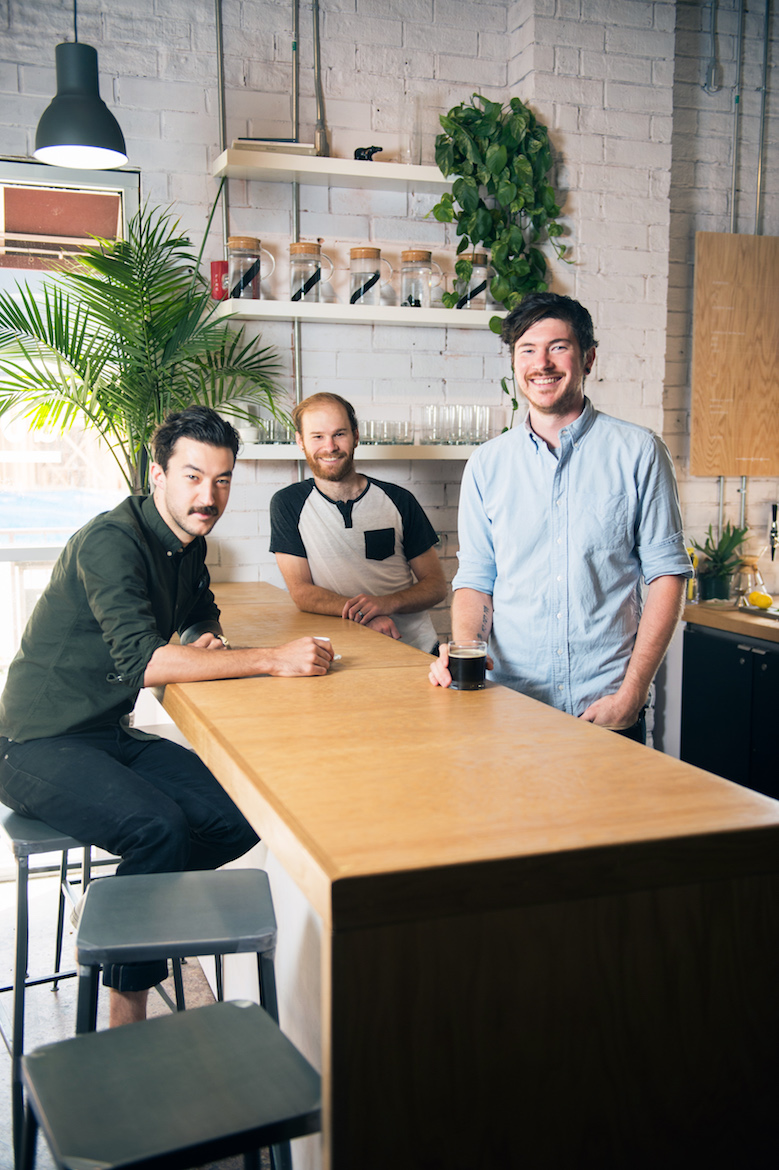 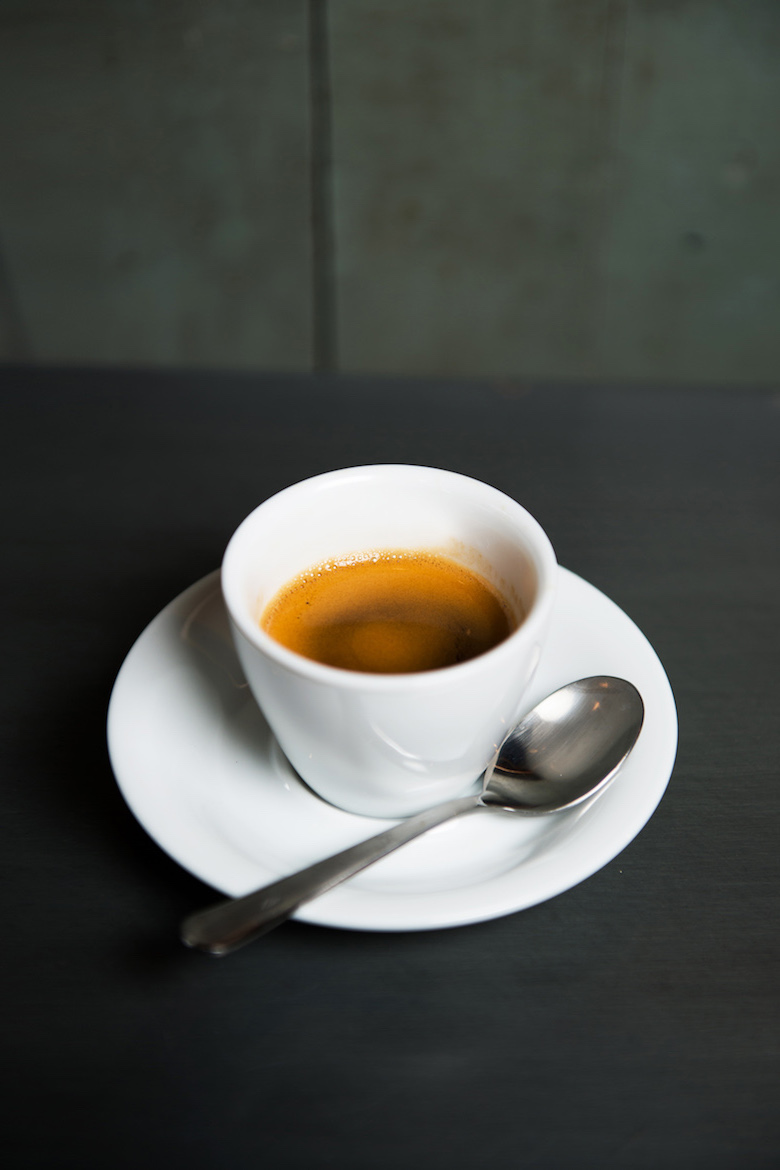