“A tiny little thing.” That is how the homeowner describes his newly constructed farmhouse residence, tucked away deep in the woods and flanked by cow pasture land in Huntersville, NC.

Southern Living Magazine served as the inspiration for this beauty: Matt and JC had been living in a grand chalet-style home in Black Mountain when Matt moved to Charlotte for work. By day, Matt is a Fortune 500 IT Executive and by weekend/night, he is a skilled creative craftsman and doting father to daughter Mirabelle.

When he decided to build a custom home, he needed to make a decision between building what he calls a palace (think Buckingham) or a tiny little thing.

“At the end of the day, we decided that – despite the trends– we’re done with luxury living or living large. We are a lot more down-to-earth; and decided to go in a direction that is truthful and honest,” Matt recalls.

Matt started driving around searching for land to build on. Deep into a country backroad, he discovered a sign that stopped him: Twelve acres for $300K. “How is that price even possible?”, he thought. He would then learn that the parcel was actually part of a large land conservancy with strict easements. The building site would have to be limited to three acres, and the surrounding land required to remain completely untouched and natural. Seeking an authentic, laid-back lifestyle, these restrictions were not only workable – but ideal for what they wanted to achieve.

Being so creative and hands-on, Matt inserted himself into the design/build process for this farmhouse probably more deeply than most homeowners. He felt that the collaboration with designer Ashley Jimenez, of Charlotte’s Ashley J Design, could not have been a better fit. “Ashley gives you an ‘out’ early in the process,” he explains. “She creates loose preliminary sketches that are hand-drawn and look like artwork. I seriously fell in love with her drawings and it allowed us to remain fluid in our thought process without feeling like we were being pushed into a design.”

As a result, his original idea, influenced by the home in Brad Pitt’s “Legend of the Fall,” was scrapped. It was one-story, too huge and wrong for the site. Ashley was particularly adept in managing Matt’s impulses. “Instead of saying no, she would just gently say: Hey, let’s talk about this,” he laughs.

Ashley puts it this way: “It’s my job to climb into my clients’ heads and hearts to find out what about their home and living environment puts a smile on their face. It sounds cheesy, but my ultimate goal in being a home designer is to put smiles on faces and create environments for peaceful living.”

It’s my job to climb into my clients’ heads and hearts to find out what about their home and living environment puts a smile on their face.

The final result is an understated barn and 4,425 square foot farmhouse perched at the end of a winding road atop a knoll in the clearing. They cut their usual square footage footprint in half and were still able to provide a living space for JC’s dad above the garage. The design criteria was to avoid having any unused or rarely-used living spaces. The design is purposely rural, simple, and very casual. It has a traditional cross gable roof line to give the main body of the house the classic appeal of farmhouse massing. The details are decidedly minimal in decoration, like the plainness of the redesigned gable end brackets and omission of any front porch railing, which eliminates visual barriers to the calming view of their barn in the distance.

The house blends into its rural setting so well in fact, that it almost appears as if it has been there all along. With hobbies such as carpentry, sculpture and woodturning, Matt contributed plenty of his own touches throughout the home too. The lower level powder room is a head-turner. No drywall. An antique 1840’s horse collar converted to a mirror with feathers from his father-in-law’s pheasant farm in Wisconsin. The floor is a clear epoxy resin covered in shiny copper pennies that he collected and laid himself. Each penny is secured with a dot of glue. He collected 5,995 pennies of his and JC’s birth year (1977) and hid five birth year pennies for each of their parents and daughter to find. Due to WWII, his father’s birth year (1943) penny was made out of steel and had to be painted copper to match the rest.

A lot of cleared wood and natural materials were used in the construction of the Scottish-inspired garden house, water well, farmhouse dinner bell stand, planks, beams and framing. Anything larger than 6 feet were milled down by a mobile saw mill on the property. A fallen cedar tree even prompted Matt to design and build the unique tree swing that welcomes you at the bottom of the driveway entrance by the barn. Another slab of wood became the top of an eye-catching picnic bench under a pergola.

Some properties and their owners just bring out your best as a builder.

Tim Furr, of Corban Homes, explained what made this project stand out for him: “Some properties and their owners just bring out your best as a builder. Instead of taking the path of least resistance, we were open to do so much more and focus on what they truly wanted. We all had great synergy on the vision, which made the process between us highly creative and fun. It was a special treat to work alongside such a talented and warm person like Ashley in making their wishes come true.”

Living on twelve acres has allowed Matt and JC to live a farm lifestyle and teach Mirabelle about the wildlife native or invited to their land. Any form of life that lives on the land with them becomes a part of their farm family, like Murray the black snake. He tries every few days to sneak into the chicken coop to steal an egg or two from their heirloom hens. JC has named the girls as well: Hawkeye, Stormy, Pumpkin and Cali.

Around behind the garden house, a new beehive is thriving. “I’ll let them have all the honey the first year,” cracks JC. Meanwhile, the cats are hunting in the woods and the dogs are running around without a boundary in sight. It is hard to believe that this off-the-grid lifestyle at the end of the last gravel road in Mecklenburg County (deeded historic) is so close to everything a major Southern city can offer. Standing there, all you can hear is the wind rustling leaves and birds chirping. After dinner, the family strolls with their pets through the woods on a private half-mile trail that Matt created around their farmhouse. For sure, they have smiles on their faces. 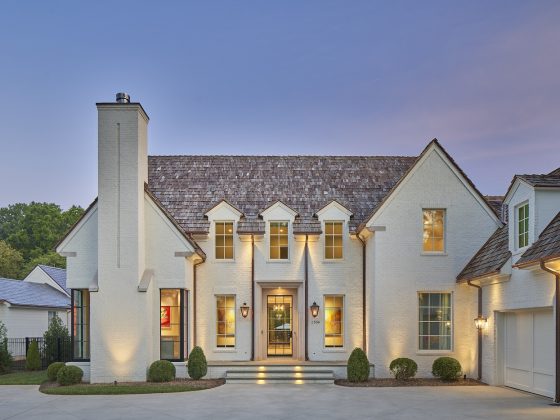 Gerrard Builders: One of the Best Custom Builders Charlotte NC 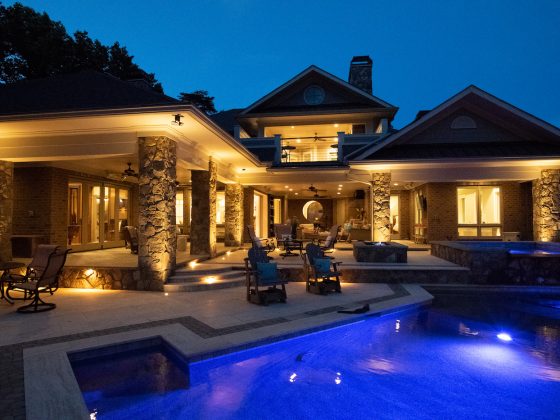 Life With a View from Pippin Home Designs 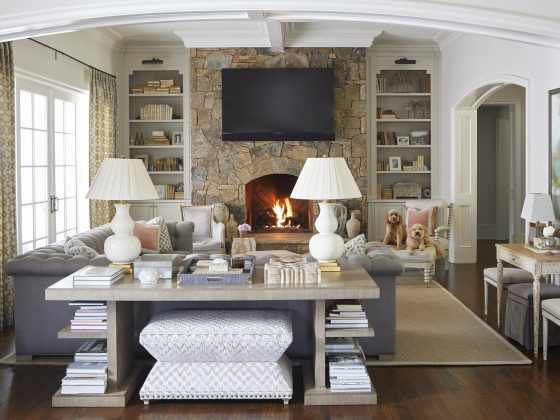 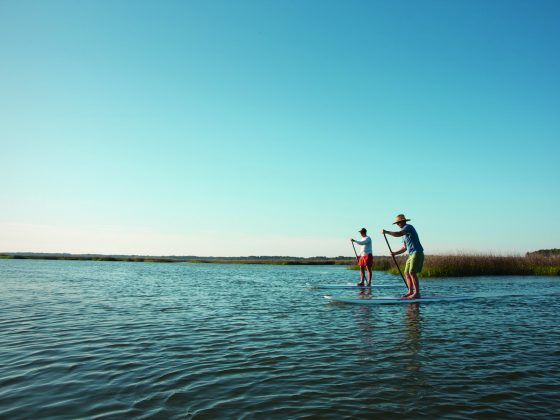 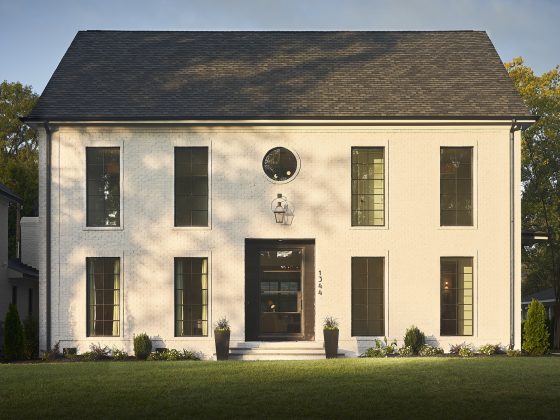 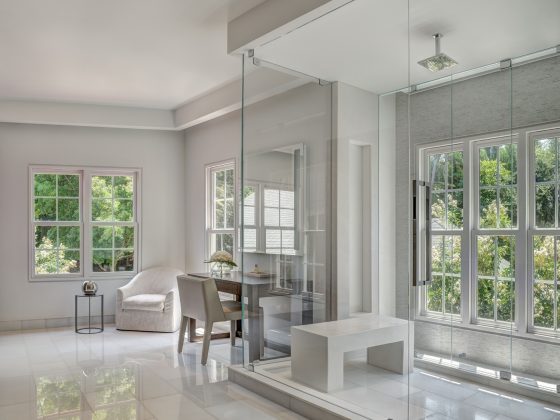 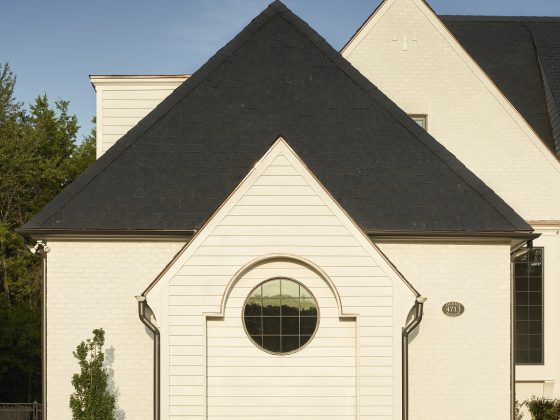 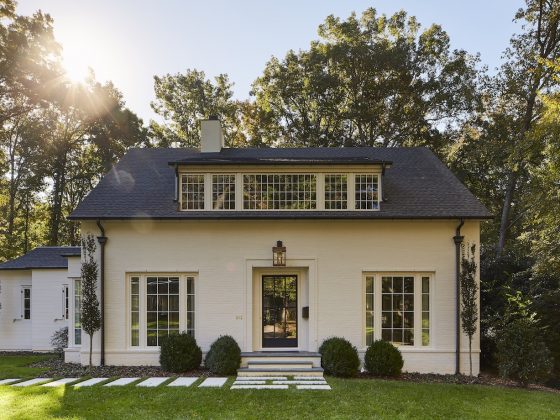